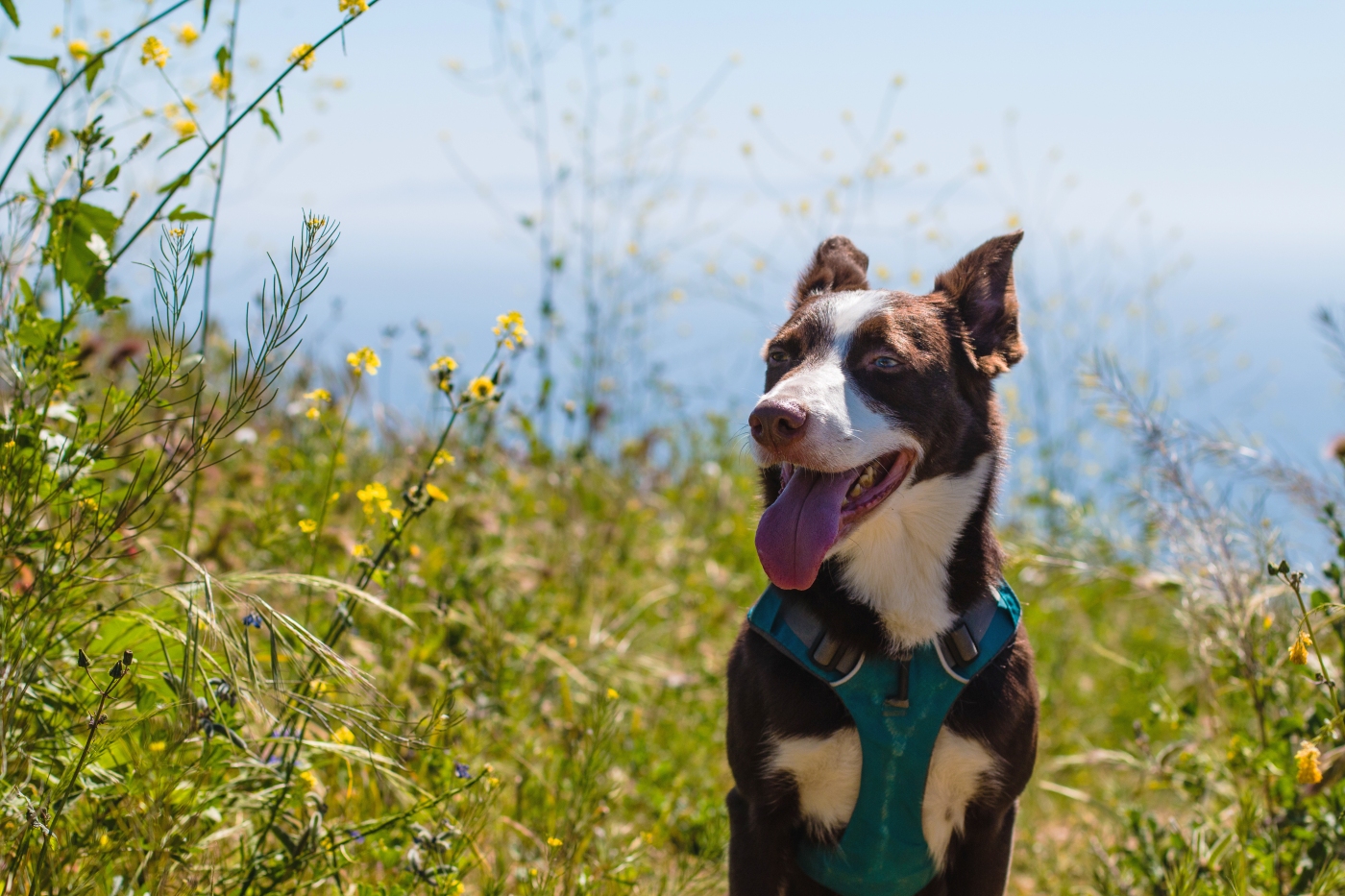 Distance: About 5 miles (but it would be easy to take a shorter/longer route if desired)
Difficulty: Moderate – Some hills
Day, Time, & Season: Saturday, 1:30pm, April
Human Traffic: Moderate
Dog Traffic: Moderate
On/Off Leash?: On Leash
Parking: Free, but far away and difficult to find.

Good Stuff
The trails were absolutely beautiful. For most of the hike, we had a fantastic view of the ocean and flowers were blooming everywhere. There are many short trails, but they all connect. We liked the variety, but if you tend to get lost easily, you may want to bring a map. Overall, there was a good balance of easy and difficult stretches on the trails. The dogs loved it. As a bonus, there was an awesome restaurant nearby called Nelson’s, which has a patio for dogs.

Bad Stuff
Parking on a Saturday was somewhat of a pain if you do not live in the area and don’t have a special parking permit. There was limited parking at Del Cero Park at the top of the trail, but being that it was a Saturday, it was full. We found parking on Crenshaw Blvd and Crest Road, not too far away. Certain parts of the trails were very narrow, such as most of the Paintbrush Trail. This section also had a fair amount of foxtails, which got stuck in the dogs’ fur and paws. We definitely had to inspect the dogs after and pull them out. There was only one set of bathrooms (on Burma Rd), but they weren’t stocked with anything. It’s probably best to avoid them if you can.

Torch’s Thoughts in 5 Words or Less…
SMASH ALL THE FLOWERS! YAY!

In conclusion, would we go again?
Yes.