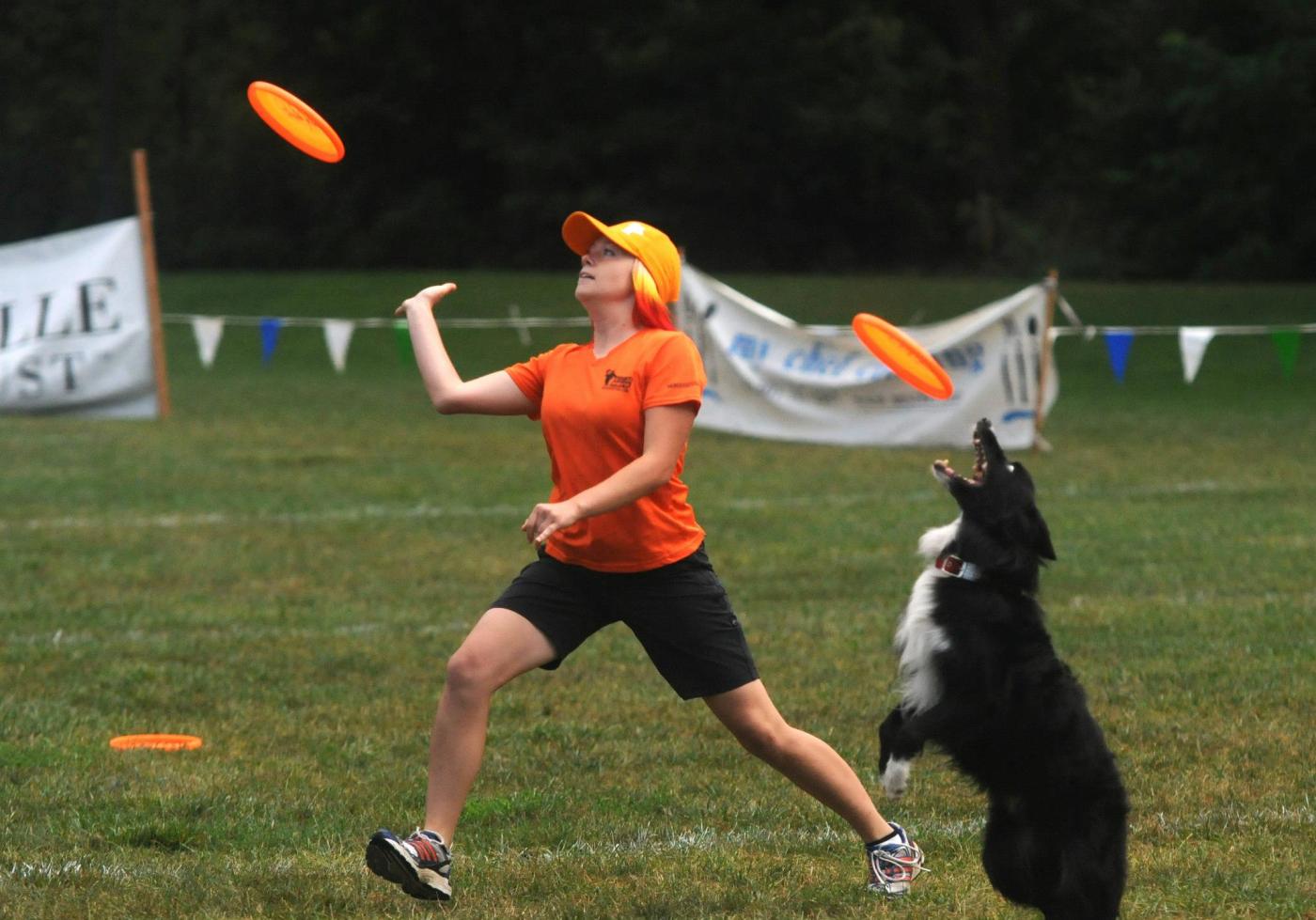 Here are the types of training I do and how often I train in a typical week. I included everything I felt was relevant to disc, even a disc isn’t used in that particular form of training. This plan varies a bit when we’re traveling or have competitions on back to back weekends. Some of these things (like throwing practice and sprints) are often combined in the same training session for efficient time management.

I try to train like an athlete. My goals are to keep up with my dogs and throw well, so the dogs have an easy time catching. I also do other things such as routine building/brainstorming, memorizing routines, selecting music, and much more that I did not list here.

From March to October is when I do more intense and focused throwing practice with the goal of competing well. November to February (aka the “off” season, although we don’t really have one here in Southern California) is more relaxed and focuses on maintaining my fitness level and coming up with new tricks.

[Disc Stuff]
Throwing Practice: Throwing practice for both toss & fetch and freestyle without the dogs; 100 to 300 toss & fetch throws on a coned field and 10+ freestyle throws per each type of throw (1 to 2 hours/session)
• 4x+/week (Off season: ≤2x/week)

Freestyle Routine Practice: Playing freestyle routine without a dog, at as close to true speed as possible; often done after throwing practice (5 to 10 minutes)
• 4x+ (Off season: 2x)

Check out our online courses at
Barkletics Online Training Academy!