Avon, Colorado
See it on Google Maps
See it on AllTrails 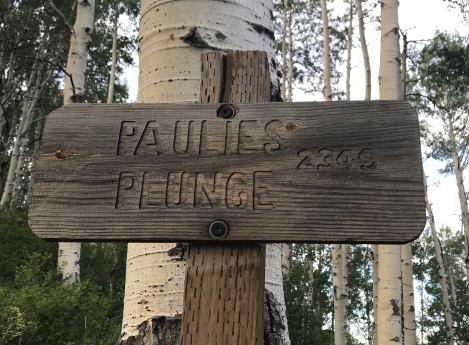 Good Stuff
It’s fairly easy to navigate if you have the map on your phone. On the way up, you’ll come to a fork. The left side has a gate. That’s the one you want to go on. The other way does not allow dogs, according to AllTrails. On the way back down, you’ll see a fork (that we didn’t see on the way up) that you’ll want to stay on the right side. It’s a nice, challenging incline on the way up. There was a little stream, which Torch enjoyed. It was very green and had lots of cool trees.

Bad Stuff
The trail is pretty narrow and popular among mountain bikers, which is not a great combination, especially when hiking with dogs. One mountain biker we encountered on the way down almost ran us over. I had to jump into the bushes with my two dogs to dodge him, as the trail is really narrow.

If you’re looking for a nice view at the top, look elsewhere. It was pretty underwhelming when we reached the top. The trail ends at a road and you can see some of Avon, but there are mostly trees and signs in the way. It might be prettier if you walked down the road a bit, but we didn’t since it was getting dark. Wear shoes with good traction because it is steep and can be slippery going down. I would not recommend going on this trail after it rains. Bring bug spray. I got eaten up by mosquitoes.

Torch’s Thoughts in 5 Words or Less…
Streams are fun!

In conclusion, would we go again?
Probably not. This trail was narrow and we encountered several bikers. There are other trails in the area with similar level of difficulty, but a wider trail. (Like this one!) 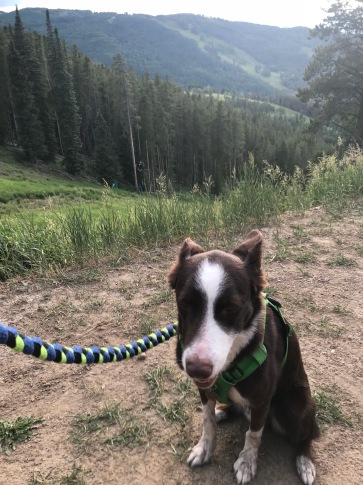 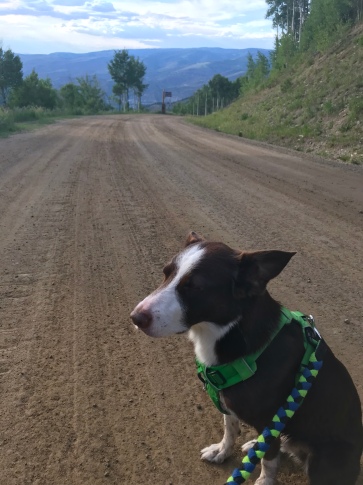